Geesh! It's the 14th already! Almost done with all the June madness, thank the Lord above! I told you my life kinda unravels the last month of school. So, since Thursday, Chelsea had her dance and she said "To quote Grandma, it was fantastic!" My mom apparently says that a lot after the kids' concerts or recitals... She said it was the most fun she's ever had. Glad to hear it! 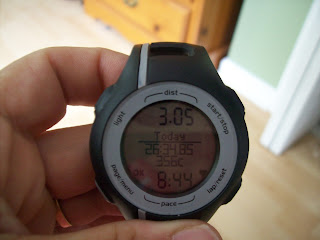 Saturday night we had everyone over for Chelsea's birthday. I did cupcakes again. I made the pineapple flowers that I found on Pinterest! They came out great, but they take A LOT longer to dry in the oven than the 30 minutes on each side that the directions stated! (Wonder if I'll run out of propane now!) Sunday was spent at the high school from 10 am until 10 pm sitting through 3 shows for Chelsea's recital. The performances are amazing, (ok, not ALL of them are Broadway quality), but it's still an incredibly HORRIFIC long day! So glad to be done with the dance year!


My kids are finally done with "regulation" school. My son had a Global History Regents (NY state test needed for graduation) yesterday. He has 2 more Regents next week. Chelsea has 2 Regents and 2 finals left until she's done. Hopefully everybody passes everything. They do very well in school, but I just want them to pass these tests so they can move on to the next class and don't have to repeat anything. So much pressure!!

The icing on the cake is that tomorrow night is Relay For Life! We've been working since February, getting the team together, fundraising... I have to shop for decorations for our campsite- the theme is birthdays, which makes things SO easy! Charlie is a contestant again in Ms. Relay. His character is "Deidre O'Rourke, an Irish step-dancing prodigy with dreams of making it to Broadway one day." We are SO incredibly grateful and happy to see our mom walk the survivor lap again this year. What a difference a year makes! You won't hear from me for a little while. I will be the walking dead on Saturday since Relay set-up starts at 4pm, with the official start being the Survivor lap at 7pm, walking straight through until 6am Saturday. "Cancer never sleeps, so why would we?"